Imagine this; your body is filled with the dark liquid sky. As you sleep, stars bloom in your fingertips and expand to cover every inch of your skin, breaking bread with the sun as it rises from your toes each morning. Storm clouds roll across your pupils, lightning carving momentary tree branches of light through your veins as outside the window the rain mimics the rumbling of thunder in your throat.

You move with the seasons, you see. Flowers carpet your arms in the spring, lending bright colours to the pale pink pallor of your skin. In the summer you shine bright with the hungry, all-consuming fire of the sun, dulling to the glow of embers in the hearth as autumn leaves begin to settle over you like brittle clothing. In the winter, though the cold permeates your soft demeanour, the roaring sun still burns through your core to melt the ice forming exquisite patterns on the smooth canvas of your back. 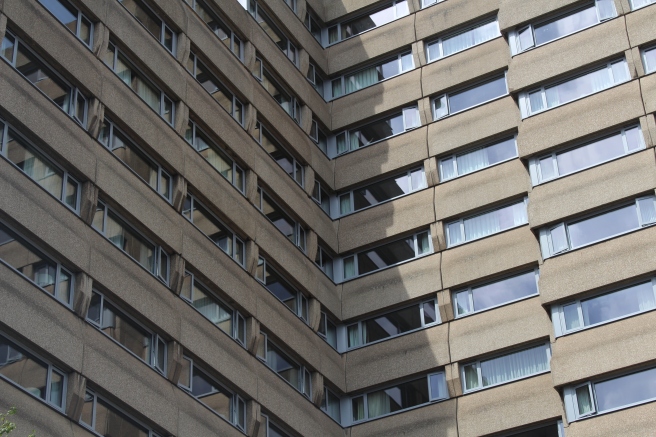 Are you seated comfortably? Listening closely? Is your heart beating faster, is the light in your eyes? Have your pupils dilated? Are you having fun?

Were you late to the station? Did you smoke that last cigarette? Is what you’re saying relevant, what you’re hearing agreeable, what you’re seeing just and fair? Did the poison reach your veins yet? Do you still have long to live?

Did you meet him? Did you fall for her? Did the air around you set alight? Did your bones break, did your eyes dull, did the blood stop coursing through you? Did you tear the world to pieces? Did the ash get in your mouth?

Did it hurt? Did it satisfy? Have you had your fill? Did you hate him? Did he love you? Can you cry? Can you laugh? Does it scare you? Does it make you want to run? Do you feel the need to dance?

Have you ever been in love?

As we stood there, the world around us began to disintegrate. Windows shattered, glass dancing through the air as my eyes met yours, as our hands touched and our fingers tangled. The pavement broke apart and spiraled upwards, mixing with the debris as buildings started to shed their granite shells. Water droplets rose from the ground and mixed in to the tumult, hanging like jewels in the half light, shreds of paint peeling from the walls to encase them in a delicate embrace. We kissed and the air around us darkened, slowed, fragments pausing to frame our glowing forms. As we parted, the fire under our skin broke free and burned beautiful patterns of our time together in to our minds, consuming us in the slow moments afterwards when we were alone. And I never wanted it to end. I wanted to be stood there with you, embracing you, encapsulated in time forever.

You knew the delicate touch of his fingers, felt the brush of them over your skin as you sat in silence. You knew the steady sound of his breathing late at night, heard them in the moments just before you fell asleep. You knew the safety you felt in the comfort he gave you, yearned for that stillness in the chaos he left behind.

He pointed up at the night sky, pinpricks of light breaking through the clouds as the stars fought to be seen through the lights of the city.

“Do you ever wish on them? The stars, I mean. I used to wish for love every time the first one appeared in the evening. It’s meant to be lucky, you know? And I wonder if there was always another one I’d missed which broke that luck, hiding behind a building or something. I think of love all the time, write about it, feel it, but any love I think I’ve found starts to break over time. And it hurts, but I still wish for it, it’s like a habit now. Second nature, something I think of without even pausing, no time to take a breath. There’s magic in the stars, magic in wishing. Maybe I want it too much and it becomes suffocating, and I shouldn’t wish so hard. But I can’t stop”.

She was pretty. “Too pretty for her own good” people would regularly say, until eventually she exiled herself, locked herself away in that big empty house, and nobody heard from her for so long that she was almost completely forgotten about. The talent which seemed to emulate from her was evident in her work; dresses on stands, canvases in the window, gardens full of flowers regardless of the season, and those who dared to venture a glance would gravely mutter those words, that selfish little phrase which broke her heart and dulled her eyes.

Maybe it was the boredom which broke her out, unfroze her features and made her young again, but the day she was seen marching down the path from that big old house people began to remember why they had shunned her in the first place. She had a light inside of her, and once it decided to show itself she couldn’t keep it from shining through her skin. It made people jealous, nervous even, but nothing would stop her this time. No, I think that once she decided that her way was the only way it stopped her from hiding away again. Every instinct screamed at her to run back to what was familiar, but as she started to turn her bag slipped and the weight shifted her back again. She looked forward, held her head up, pointed little chin defiant and strong, and let the wind touch her hair and gather her dress in to the air. ‘Destined for greatness’ doesn’t really apply when greatness comes to you of its own accord, does it? She became a muse to many, standing against the onslaught, the little girl holding her finger in the hole in the dam.

There was a timeless elegance about her, the kind that allowed her to dance in the street without judgement, and to silence a room with her delicate laugh. Nothing phased her, and she took the time to choose her words before speaking because, she said, why say anything at all if the words were spoken carelessly? She was occasionally seen as being blunt, even rude, because she would become distracted by her own thoughts so quickly that in the middle of conversations her eyes would simply go blank, and nothing would register with her until she felt ready to shift back in to the real world again. It was sad, that her dreams somehow alienated her, and because of this she had a constant motion of acquaintances, sliding past her, almost through her.

Time stood still for her, and in the end that was all she wanted.